All 2020 Moonlight Magic events have been canceled. No announcement has been made for 2021.

What is Moonlight Magic?

Moonlight Magic is a special after-hours event for Disney Vacation Club Members that is completely free. It has limited availability, so members have to RSVP online in advance. Members who have a resort reservation get priority booking a week before it opens up to all members, and usually most or all of the tickets are claimed during the early booking period. It can be difficult to get in as Moonlight Magic events are becoming more and more popular. There is normally an event for each of the four Walt Disney World parks and one of the water parks every year, and each one typically has two or three dates to choose from.

One of the awesome things about the Moonlight Magic event is that members can bring yourself and up to three guests( or as many as are on your resort reservation). This worked out for us as we had friends staying with us for a couple days, so they were able to attend the event with us and makes it more fun when sharing these events with other people. Note that your additional guests must be on your reservation if you are booking during the priority booking time.

We went to the Animal Kingdom Moonlight Magic event on Thursday, July 17 with friends. We arrived around 8:00 p.m. and didn’t have to wait in line at all. We were given our wristbands and a schedule for the evening. Guests could have registered as early as noon and entered the park with the Moonlight Magic tickets as early as 6:00 p.m. (If you’re an Annual Passholder, you could get there any time, but the schedule and wrist bands come out at 6). We always look at the schedule when we first arrive to see which special characters will be there and what our food options are so we know what each of us wants to do during the time we have.

Before we do anything else, we always go look at the special Moonlight Magic merchandise available for purchase during the event. It’s always limited and sells out, so we missed it at the first event we went to, so if there’s anything you want to purchase, you’ll want to go sooner rather than later. For this one in Animal Kingdom, they had a t-shirt, a ball cap, two board games, and a tumbler. Normally the games are only $15 when you spend at least $30 on the other Moonlight Magic merchandise, but this time there was no minimum. Also, you still get your DVC discount on the merchandise!

We didn’t want to carry our bags around the whole night, so we had them sent to the front where we were able to pick them up when the event was over.

There was a DJ out hosting a dance party in Dinoland with Donald and Daisy dancing to the tunes. Guests were allowed to dance with them, take pictures and video, and just have fun. A few cast members were out dancing as well. This part of the event was great for guests of all ages. Each Moonlight Magic event has a DJ somewhere in the park, and they always do a wonderful job picking popular songs everyone can enjoy.

One of the biggest highlights of the Moonlight Magic events are the rare characters that are out for meet and greets. We love going to see the special characters during these events as many of them are never out any other time.

For the Animal Kingdom Moonlight Magic event, we got to see Tarzan and Terk, Flik and Princess Atta, and Koda. The other characters they had were Dug, Russell, and Carl Fredricksen and Kevin from Up, Pocahontas and Meeko, Mickey and Minnie (usually in different outfits than their normal ones), Baloo and Mowgli from Jungle Book, and Br’er Bear and Br’er Fox from Splash Mountain. Kenai from Brother Bear was also there part of the time, but he got lost in the woods during the night, and wasn’t able to be out for pictures the rest of the night.

Most of the lines for the characters were between 15 and 30 minutes long. Br’er Bear and Br’er Fox’s line got as high as 45 minutes when the meet and greets first started. The characters usually come out 30 minutes after the event begins, and the lines close 30 minutes before the event ends, so if there’s a character you really want to see, be sure to plan your schedule around getting in line during that window.

Ride lines are always shorter during Moonlight Magic events because Disney limits the number of guests allowed to attend the event. This ensures shorter lines for everything, including rides. Of course, not every ride is open during the events because that would be crazy for staffing, and none of the shows are open either. Flight of Passage was the popular choice of the evening, and it’s line stayed around 60 minutes, which isn’t bad considering it’s normally more than double that time during the day. We opted not to ride it since we wanted to see the special characters. The other wait times were between 5 and 15 minutes for most of the rides which makes riding several during the evening easy. The rides options that were available were Flight of Passage, Na’vi River Journey, It’s Tough to be a Bug, Expedition Everest, Dinosaur, and TriceraTop Spin.

With every ticket to Moonlight Magic, each guest is given a card for a free quick service entree and fountain beverage. This does not include any specialty drinks or dessert, but it’s a great perk of the events that we love. We chose to go to Satu’li Canteen, Flame Tree Barbecue, and Restaurantosaurus to try a few different options while we were there since we had friends with us. The lines for food were rather long when we went around 8:30 p.m., and they ran out of several things including ribs at Flame Tree Barbecue and beef at Satu’li Canteen. This was disappointing after waiting in line, but we still had good meals.

If you’re planning to get your quick service meal for Moonlight Magic, we recommend going earlier than we did so you won’t have to wait in such long lines and hopefully get the food you want. If you have a late lunch and aren’t hungry, you can always go right before the event is over and take your food with you. The lines are never long that late at night. The other food option we could have chosen from was Pizzafari. Their pizza is good, but we love the other options better. There are also places open throughout the park where you can purchase snacks and drinks, but we prefer the free food.

One of the other reasons guests love Moonlight Magic events so much is the unlimited Mickey bars you can get during the event. Yes, I said UNLIMITED. You can take one or you can take three. Now, please don’t take them and waste them, but if you love Mickey bars, this is your time to enjoy them to the fullest. Just try not to make yourself sick so you can still have fun at the event. They also have strawberry popsicles for those with allergies or who just want something lighter than a Mickey bar.

Normally at the other Moonlight Magic events we’ve been to, there are ice cream carts all over the park set up with Mickey bars and strawberry popsicles in them for guests, but this event was unique in that it only had one place giving out ice cream. It caused a bit of a line, but they streamlined everything well, so it never took long. The biggest issue was just how long it took to get there so you could get your ice cream.

At every other Moonlight Magic event, there have been amazing fireworks shows. Due to having the animals in Animal Kingdom, they couldn’t have one, so they did a special showing of Rivers of Light during the event. The auditorium was not full at all as most people chose not to go, us included. But if you’re ever at any of the parks during Moonlight Magic, you won’t want to miss the fireworks show. They have all been amazing and impressed us every single time.

One thing we always make sure we make time for during the Moonlight Magic events is meeting the DVC Executives. There’s always an hour during the event where you can go meet DVC Executives, ask questions, give feedback, and just chat for a bit. It’s a great time to learn more about Disney Vacation Club as a member, ask questions you’ve been wondering about, learn about the different roles the cast members have there, and meet the awesome people behind events like these.

Another ticket we were given when we entered the park was one free game in Dinoland. We could play any one of the games they had, and if you won, you got to take home a prize! The kids especially loved this, and we really enjoyed it as we had never played one of the games there before. We didn’t win, but it was still a lot of fun.

We had a great time at the Animal Kingdom Moonlight Magic event, but there were several little issues that could have made it better (more ice cream locations, starting later so other guests were out of the park, and not running out of our favorite foods). Overall, we still love the Moonlight Magic events though, and all the amazing things Disney Vacation Club provides for them. Unlimited Mickey bars and strawberry popsicles are incredible, plus shorter ride lines, a free quick service meal, special characters, and a special show all equal one incredible night. While we’re not sure if we’ll try to attend this one next year, if you ever get the chance to go to a Moonlight Magic event, we highly recommend doing so to experience how amazing they are. 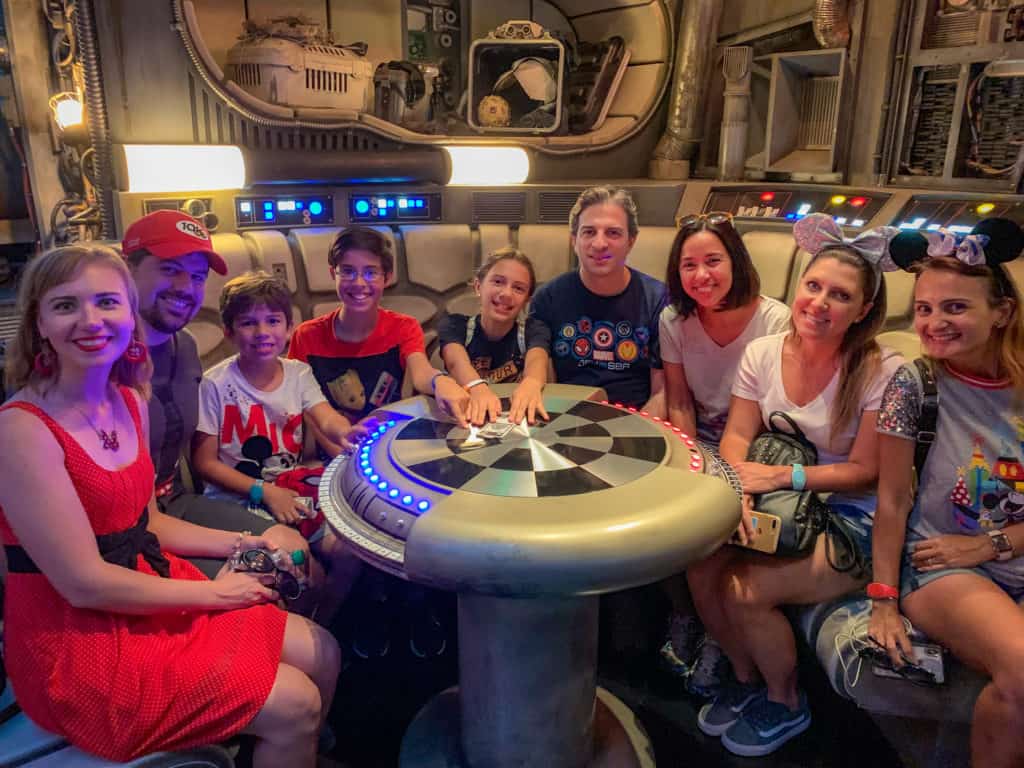